The Nazca culture in the South American country of Peru is world renowned for its enormous and mysterious drawings on the Nazca Plain. The drawings include gigantic flying birds, monkeys, spiders and plants. Some of the handicrafts excavated from ancient tombs in the area are even more surprising than these. They are very hard to explain and their age cannot be determined.

An ancient tomb, which is believed to have a history of 1300 years (ca. 700 A.D.), was excavated in the Nazca region. Besides the remains of the dead, some burial items were found, including pottery and an exquisite tapestry. The design on the tapestry contains a simple decorative pattern of a dinosaur repeated along its border. A piece of pottery also has a vivid dinosaur as its main figure.

It is thought that not until the beginning of the last century could scientists correctly depict dinosaurs. (Most of the earlier depictions of dinosaurs were inaccurate by today's standards.) However, people have now found human handicrafts that depicted dinosaurs correctly in an ancient tomb that can be dated back to one thousand three hundred years ago.

Apparently, if the people who created these works of art did not live one hundred million years ago, they must have had a similar knowledge of paleontology as today's scientists so that they could also depict dinosaurs correctly based on reconstruction of fossil remains. However, if these artists did not have an accurate knowledge of paleontology, how could they have depicted dinosaurs correctly? To answer this question, Dr. Don Patton, who provided documentation of this discovery, commented, "I think ancient Peruvians co-existed with dinosaurs."

Figure 2. A blow-up of the dinosaur pattern in the border decoration of an ancient tapestry. It shows the fine textile skills of that period. 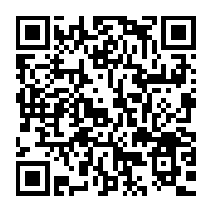